To the cashier named Aviv at Tesco Woolwich,

My family and I were having a busy shopping trip. My son who’s autistic was having a difficult time because your store didn’t have the right snacks he wanted. The wrapping was different and he finds change hard.

We had reached the checkout, which you happened to be at, and he experienced a shutdown that was triggered by sensory overload. All the sounds — the freezers buzzing away nearby with the 50 hertz hum, the bright strip lighting flashing 60 times per second, a baby crying, people talking — as well as bright packaging and smells from the bakery caused him to sink to the floor and cover his face with his hands. He does this to help ground and regulate himself; the ground is solid and cool, and when everything else rushing toward you seems too much, it’s all we as autistics can do.

People often believe that children they see lying on the floor silently are having some sort of tantrum and mutter that they should be made to get up.

But you didn’t. You came from behind your register and gave my son your chair while speaking in a low tone. You didn’t judge, and when I said, “Thank you,” you replied you would do the same for anyone who needed help. That it’s just the normal thing to do.

But you see, it’s actually not. Many times we are judged, and I wanted to say thank you for being so helpful. It’s great when someone goes out of their way to help a child with a neurological difference.

After we got home, I spoke to my son and asked if he was all right and how he felt about what happened. He said he didn’t want to get up off the floor, but he felt better once he was on the chair, that the chair spun and that made him feel better.

He said the man was kind and that people usually say he’s spoiled.

One man’s kindness in a moment of my son’s distress made what would have been a difficult experience for him much easier and more comfortable.

When the chair was wheeled around to us, I was seated on the floor, rubbing my son’s back while his little sister sat with him. The chair gave him the means to spin, which balanced his vestibular sense and gave him much-needed sensory input.

That and the donut he ate as he sat there!

If your child sinks to the floor while you are out shopping or on a busy trip, don’t immediately presume disobedience or stubbornness. They could be having a sensory overload that has caused them to shut down. Wait and be patient, because forcing them to get up will cause them to strike out, as it would anyone who’s feeling lightheaded and is being forced to move.

Give them time to balance their senses, and if you’re very lucky, a man may give them a spinning chair. 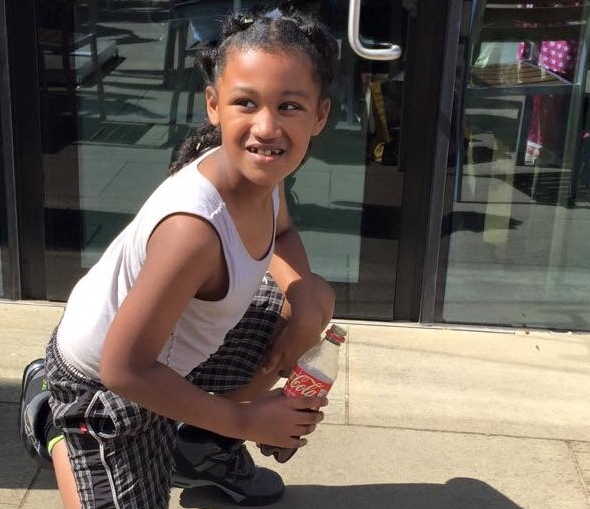