HomeAll ArticlesI Didn’t Feel Grief Over My Children’s Autism Diagnoses, but I Did Feel This

I Didn’t Feel Grief Over My Children’s Autism Diagnoses, but I Did Feel This

I also felt intense resentment for anyone who asked questions and made statements born of sheer ignorance.

I’m sure you’ve heard a few of these, too:

“So they can grow out of that, right?”

“What’s his special talent? I heard ‘they’ all have one!”

“He’s fine, they are over-diagnosing these days!”

“Was it the vaccines? Many parents say it is, you know?” (This was from a nurse who was about to vaccinate him with his preschool booster.)

“What’s wrong with his legs?” (When my son was out in his major buggy.)

“Take his iPad away, he’ll learn.”

“Discipline! That’s all he needs.”

“Diet, it’s all about diet. The gluten-free/carb-free diet worked on Jenny McCarthy’s son.”

“Sip water from the empty shell of a giant African land snail.”

“He just needs to interact with other kids, he’ll learn.”

“Make him go to birthday parties! He has to.”

“Get his metals tested.”

“Leave him to cry. He will fall asleep.”

“So, you won’t be having any more kids, right? I don’t think you should…”

“You’re not brave enough to try and heal him. He can be recovered!”

Those are the ones I can remember. There are more, I’m sure. Some were intentionally hurtful, some were well-meaning and all raised a resentment in me that would make me want to smash someone’s face in.

As parents, we put up with that. We also cope with seeing our child have meltdowns; we get hit and spat at. Sometimes we cry, we run out of the room and cry through sheer frustration because we can’t work out what our baby wants.

But let’s look at that again.

Our children try to cope with meltdowns and get so frustrated, they hit out and spit at the one person they know will never leave them. Sometimes our children can’t express what they need; they can’t make us see. They watch us run out with tears in our eyes, and they feel what we feel.

You see, you’re in this together with your child. No one knows better than your child what you’re feeling. They know because they feel it tenfold.

I’ve learned that signing is instant. If my children can’t express what they desperately need to communicate, we sign. If they’re melting down, I stand back because I know a touch can feel like an electric shock. Unless they’re self-injurious or in danger of running into the road, I don’t touch them. I’ve learned to take a deep breath and count to 10, even if I have to jam my fingers in my ears to do this.

That doesn’t mean I don’t experience frustration. Try witnessing your child’s meltdown while feeling a meltdown yourself. Try coping with your child screaming in excitement when you have sensory overload.

I don’t pretend to know everything, but I do my best, and so far I’ve done pretty well. 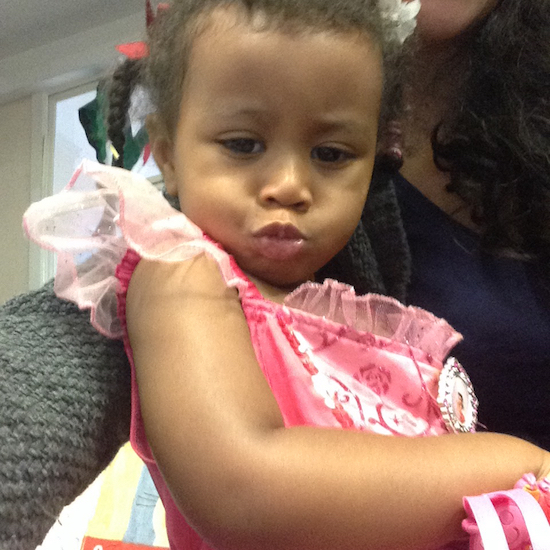