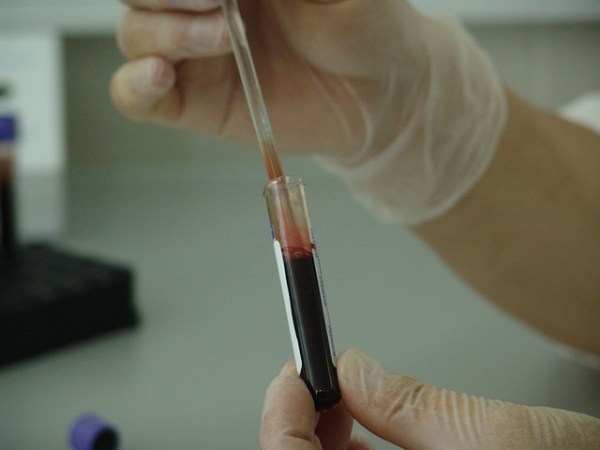 GcMAF, I have known about it for a while and autism rights campaigner Fiona Oleary (see video at the bottom of this article) has been extensively campaigning against it for over a year. All I knew of it was that it was being touted as a miracle cure very much like MMS, a cure all from everything from Cancer to Ebola.

It’s now more frequently as of late being targeted at Autistic children.

I found out that it’s name GcMAF stands for Globulin Component Macrophage Activity Factor. It’s a human blood product, consisting of vitamin D binding protein macrophage activating factor. It inhibits the immune system in the hope that something kicks in and rids your child of their autism, as if it’s somehow external to them and not in fact, their neurological make up.

It’s advised to be administered by parents who by large have no medical training by IM Intramuscular injections. It’s also available in creams and now more recently, yogurts.

It can be anyone’s blood as its unlicensed and side affects which are classed as detoxification are rashes, fever, aches and pains, excessive urinating and sweating and a blocked nose. As its GcMAF causing these affects they will continue thus starting the cycle identical to MMS, the symptoms do not disappear so they are advised to continue the treatment.

It is illegal to market it and warnings from Cancer Research and a Government Press Release have been issued.

GcMAF has not been properly studied in clinical trials and its laboratory results still need to be confirmed independently. So far, all claims on the efficacy of this product have no solid scientific basis. Its marketing is illegal; therefore there is no controlled guarantee on the quality of the product for human consumption sold over the internet.

In Feb 2015 Guernsey  medicinal regulators banned importation of it and issued a warning. Investigators from the MHRA did an unannounced inspection of a production site in Cambridgeshire that supply First Immune. They found that the production site did not meet the criteria for GMP Good Manufacturing Practice with concerns relating to sterility of the medicine being produced and the equipment used. More then 10,000 vials were seized. The blood plasma starting material being used to make this drug was stated “Not to be administered to humans or used in any drug products.”

Looking more deeply into it I decided to contact First Immune the online company owned by David Noakes who was interviewed on the One Show several months ago.

I phoned up and stated I wished to purchase some GcMAF for my child and asked for information to be sent regarding it, I then phoned again asking for more reassurance and asked for a success rate quota of ‘recovery’ from Autism.

I was sent in an email the following information:

“We came to your clinic with our 5 and a half year old daughter on 16th February, initially for one week. She was diagnosed with HFA autism when she was about 3 years old, but we have been noticing also a lot of symptoms from ADHD spectrum. Our main issues were high hyperactivity, low concentration, low flexibility, moodiness. She even had problem with accepting her name.

“After two weeks using the protocol, she is no longer ADHD! She can concentrate on tasks, is more interested in things and is more patient. Each day we go for a walk in the afternoon and she is walking with us with smiling and talking. We feel like a normal family now, like all the other normal families.

“She is not so stubborn anymore, much more flexible. She now likes her name.! It is great!

“It is really nice to spend time at home when your child is not screaming, running, crying all the time!

“We recommend the GOleic protocol to every family because we really believe in its power!”

The dose for an Autistic child starts low and increases as described on the website. As the product lasts longer than the 8 weeks we suggest a number of measure doses be drawn into small syringes and frozen till needed.

Perhaps 10% of autistic children react badly to having their immune system rebuilt.

For that reason a child starts at 0.03ml, with a second 0.03 dose in three days, to build up to a twice weekly 0.1ml dose as soon as possible. The final dose is dependent on body weight.

And lastly a recommendation for a clinic stay:

Out of the 152 participants who have given us feedback, 120 had improvements and 32 saw no improvement.

In our clinics we get excellent results with autism. Some autistic children show improvements as soon as the second day at our clinic.

At the core of the treatment is The Goleic Sonography Protocol.

60% of autistic children’s parents say their children saw huge improvements or went back to normal school, often with as little as 5 days in the clinic.

Now considering I could be a genuine parent asking for this product with no medical training of how to administer an IM this is terrifying.

The fact that this is not meant to be for sale at all is even worse. They are giving out advice to vulnerable people and potentially injuring children in the process. While they are clear that they do not provide medical advice, their literature appears very scientific and authoritative.

“We are biomedical scientists and manufacturers, not doctors. We are therefore not allowed to give medical advice. We have opinions, which you are free to discard, but nothing we state in this email or elsewhere is to be taken as medical advice. Please see a doctor if you require medical advice.”

This product is also being used in conjunction by many parents with MMS.

Yet another barbaric practice being pushed at autistics, if you have ever been the recipient of an IM you will know how painful they are, and they are being given for no reason.

When will these parents understand that their children are autistic and that they were born autistic? That when they die they will be autistic?