After speaking with Doug Jewell, this reporter was keen to dig further into the people who are selling GcMAF and alleging it can cure/purge autism. I had seen David Noakes previously on The  BBC One Show in May and have shared my opinion on his Immune Biotech in a previous article.  The UK health watchdog branded GcMAF  “a significant risk to health” back in  February of this year when the product was identified as being contaminated. Importing the drug GcMAF into Guernsey was banned. So I reached out to Mr Noakes to get his side of the story.

The following article includes the opinions of David Noakes, Fiona Oleary and Catherine Hall, the head of The National Autistic Society for Guernsey.

Mr Noakes was very hesitant at first, asking assurances that Autism Daily Newscast would not twist, misrepresent and mislead people. He was very concerned that when BBC One Show came to Guernsey everything he said was fraudulently misrepresented. (Readers can watch for themselves part 1 of this of the BBC One Show below.)


I duly gave my assurance that Autism Daily Newscast would let his words speak for themselves.  For fairness and transparency, all three interviews are verbatim emails sent to this reporter.

Fiona Oleary herself is an autism advocate and keen campaigner against autistic mistreatments and has two autistic sons. Catherine Hall has three sons on the autistic spectrum and has met Noakes face to face at their AGM for the NAS where he stood up and announced he could cure autism.

As follows is my correspondence from Noakes where he has given Autism Daily Newscast permission for this as long as it is printed without editing. Bear in mind this is an unlicensed unproven product and Noakes has been shut down by the MHRA. Noakes has no medical background. 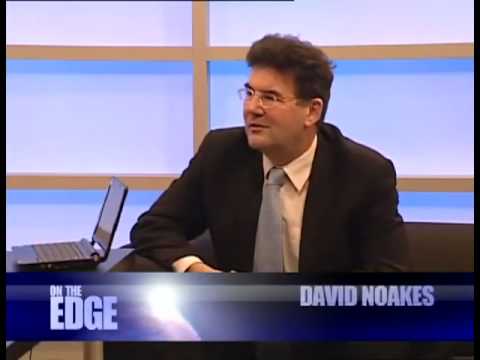 As follows is my correspondence from Noakes where he has given Autism Daily Newscast permission for this as long as it is printed without editing. Bear in mind this is an unlicensed unproven product and Noakes has been shut down by the MHRA. Noakes has no medical background.

GcMAF is a human protein made by 5 billion healthy people. It is a human right. One billion unhealthy people can’t make it, because their disease (which includes cancer) blocks it.

200 scientists have written about 120 scientific research papers on it, so its a well understood protein.

Our scientists, who have spent 22 years in GMP, extract our GcMAF to better than GMP quality, and test each batch 9 times. Our sterility is done internally, and externally by an independent laboratory. It has always been perfect.

In our clinics our seven doctors, with the scientists help, took the autism recovery rate from 15% when we started, to 60% today.

The last method we were using was for the child to breathe in the GcMAF through a nebuliser, and then hold an ultrasound probe on their temple, to open the blood brain barrier.

60% of autistic children would then recover inside 2 weeks.

The MHRA then closed us down. They protect the billion dollar profits of the big pharmaceutical corporations, have big pharma directors on their board. and deny the public access to safe, proven, effective remedies like GcMAF. See www.mhracorrupt.st for the 10 public bodies who have written reports stating the MHRA is corrupt.

The public petition to disband the MHRA has reached 8,000 signatures in 4 months.

We no longer supply GcMAF but our distributors still do. If you go to immunobiotech.eu and register, we will put you in touch with them or with their clinics.

A vial of GcMAF, often enough to eradicate autism, costs €450. It treats cancer successfully in 70% of cases. Chemotherapy costs £40,000 a round.

We have written research papers on all of these. See “The science” on the gcmaf.eu website.

14 doctors have been clumsily assassinated. That is to scare off other “alternative” doctors – they can see it is not suicide, and can see it is murder. The clumsiness is deliberate. That still leaves 350 doctors using GcMAF in 80 other countries.

There are a number of autism Mums who are horrified when they learn autism can be eradicated. It is as though their status is being threatened. We’ve met quite a few. We think every child has the right to the best future possible, and their mums should not hold them back.

Emma, you have the right to use everything I’ve said here, providing you leave its meaning as it was when I wrote it.”

Noakes also sent further correspondence that he asked not be quoted, which is unfortunate, as it contained great insight into his views on autism and the parents who refuse to use this product.

Fiona Oleary has also had contact with David Noakes. In her email she shares some quotes on his views regarding Amanda Mary. This information can not be verified by Autism Daily Newscast. 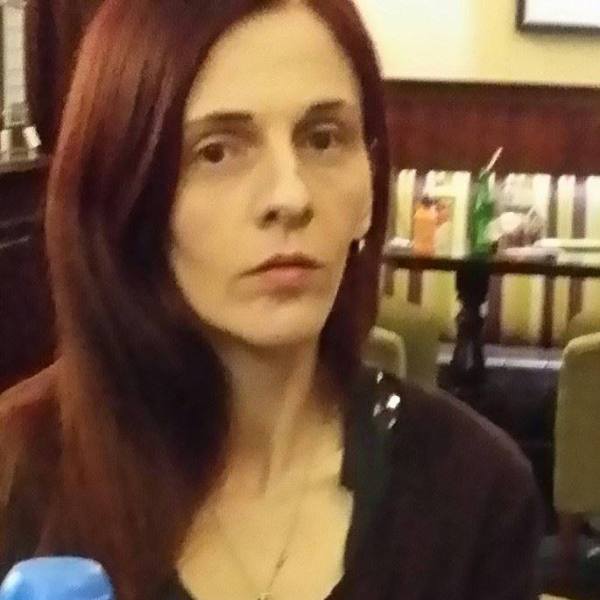 Fiona Oleary has also had contact with David Noakes. In her email she shares some quotes on his views regarding Amanda Mary. This information can not be verified by Autism Daily Newscast.

I Fiona O’Leary of organisation ART Autistic Rights Together give permission to Emma Dalmayne to use my quotes for an article she is writing.

I am liaising with the MHRA regarding this matter.

I have spoken to David Noakes on the telephone where he accused me of being a bad Mother who is making the wrong moral choices for my Autistic children.

When I asked David Noakes about his ex colleague Amanda Mary Jewell and the claims she was making regarding her life being at risk from big Pharma, he replied he “would be pleased if she was murdered”.

The people selling and advocating these illegal and unregulated products to Autistic children are criminals and should be treated as such!

After that shocking disclosure in which he allegedly expresses the view of being “pleased if she was murdered” regarding Amanda Mary Jewell I shall say this,

In my opinion what Noakes and people like him are doing is wrong, from previous articles of mine, you will know my views and from my reading of his emails he views autism as a illness or disease that can be cured/purged from the body.

We know autism is a neurological difference due to the synapses in the brain not pruning back in the first years of life the same way a neurotypical brain would. A neurological condition is not something that can be altered regardless of medication and certainly not with unproven unlicensed products sold by a company who were closed down by the MHRA. This experimentation on autistics must end.”

Finally, the views of Catherine Hall can be read below. 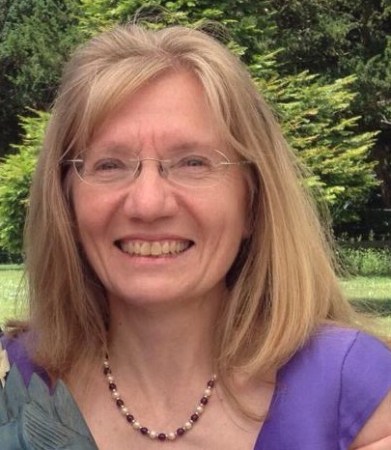 See below for the statement I published in the Guernsey Branch newsletter. As you will see it is expressed in very moderate and neutral terms. I am only too aware of the polarised opinions that parents have about autism. I am in a very different place myself in terms of knowledge, understanding and personal perspective on autism to where I was 15 years ago when I was trying to cope with two small boys with autism and a new baby.
I can readily understand how parents are desperate to find solutions, how unsupported they can feel and how vulnerable they are to the idea that there might be a quick fix solution to the challenges they and their child face.

I am not against any appropriate intervention or treatment that might help people with autism. I am however against the exploitation of vulnerable children and the sale of untested and potentially dangerous experimental products.

GcMAF is, as David Noakes is at pains to point out, a naturally occurring part of the immune system. This is probably the only thing he has said that I could agree with. It is clear that the has no real understanding of the complexity and range of neuro developmental differences that occur within the umbrella diagnosis of autism. The rationale for the use of GcMAF to treat autism is based on the unsubstantiated opinion that autism is a disease caused by viruses and the unproven theory that giving additional GcMAF can stimulate the bodies own immune system to fight this supposed viral disease.

GcMAF is derived from human blood, it is administered via injection, nebuliser or suppository which means it has to be classified as a medicinal product. As is has not been fully tested for safety or efficiency it remains an experimental product and should only be used to treat people under full medical supervision as part of clinical trials.

The only published study I can find on the use of GcMAF in autism is a small scale is an open label study by Dr Bradstreet. It isn’t a very robust study, the subjects are self selected ( their parents already believed that their children were ill and were actively seeking treatment) many seemed to have additional gastrointestinal symptoms or seizures. Some were also receiving other biomedical intervention and/ or therapies and special education programs. Progress was monitored by an ‘in house’ checklist rather than by any standardised measure of autism symptoms. Even Dr Bradstreet admitted that the results were inconclusive. This study seems to be the main basis for Dr Bradstreet and Immuno Biotecs claims that GcMAF can cure autism.

I cannot find any research documents or clinical trial results that support the use of ultrasound/ GcMAF treatment for anything at all and certainly not autism. There are very few papers written on GcMAF and autism and all of them appear to have been written by people with vested interest (that is who are selling GcMAF treatment) and are there for subject to bias.

All other ‘evidence’ provided by Mr Noakes to support his claims seems to be anecdotal. Statistic he quotes are skewed as he is only basing them on a small percentage of patients treated. Mr Noakes himself has admitted in interviews that he doesn’t get feedback from most of the people who buy GcMAF.

I find it absurd and somewhat arrogant of Mr Noakes to question the morality of the mothers of children with autism who decline to use GcMAF. He is the one selling an unlicensed product that has not been thoroughly tested for safety or efficacy, based on an unproven theory as to the cause of autism. He has been promoting its use to treat vulnerable children without medical supervision or long term follow up.

Hope this clarifies my position. please feel free to quote any of this email or the attached newsletter statement.

PS.  My eldest doesn’t mind his case been used as an example of how people with autism can mature and develop. He had delayed and disordered language development and lots of challenges through his early years. At 7 he was assessed as having low IQ and Moderate Learning difficulties. By the time he was 12 he was coping in a mainstream school, he eventually passed his GCSEs and A Levels, D of E bronze, silver and gold, various school prizes including artist of the year ( twice). He is now an undergraduate, living independently in a flat in London. He is politically aware, has strong moral values, and is son any mother would be proud of – what’s to cure?”.

I would like to thank all three who took the time to write, express their views and gave this reporter permission to use their quotes.