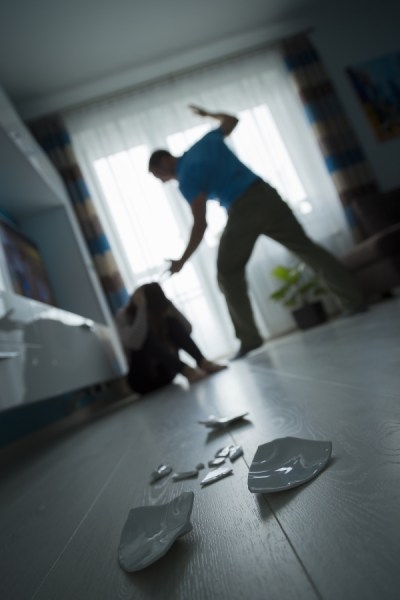 For an aspergers female finding the right partner who will  and support her socially and help and understand her sensory overload quickly and efficiently is very important.

They have to know that if they are out socially and get overloaded their partner will be willing to leave with them or at least wait patiently while they go somewhere to regulate.They may also experience the meltdowns we have which can be devastating to watch when you love someone and need understanding and space to overcome.

My article today will be something not often mentioned but I will be drawing on my own experience.

What happens when an aspergian female meets the partner of their dreams, someone who showers them with love and finds their quirks endearing? Takes them out to the cinema and to eat in nice restaurants, out dancing and makes them feel like they are invincible and that there’s no one else that will love them like they do.

There isn’t, as they’ve been told this frequently over the following weeks.

Now settled in a cocoon of romantic bliss the first signs of possession have been installed with the repeated oath that no one, ever will love you like I do. Then the hints and snipes subtly disguised come in.

No one could love you like I do when you do that annoying thing you do. Who else would put up with you? All said jokingly but with a hint of seriousness to install it into her brain.

Now is the critical part. Does she leave? Shes already seeing less of her family and hasn’t seen her friends for the last three weeks as he dominates all her time and phones her four times a day to check where she is and who shes with as he ‘cares so much‘. So the next choice is critical, run away and never look back? Or stay?

Unfortunately many stay as their self esteem has always been low and self confidence has taken a beating over the years, possible bullying in school may have helped  compound the ideas that they are stupid and deserve everything they get.

If they stay they stay because they believe they have caused the reaction in some way, maybe they didn’t understand what was said properly and they will desperately try to work out the other persons point.

The cast has been set and shes left feeling grateful he’s willing to give her another chance. He must love her as he reacted so passionately and he’s now very sorry.

She will begin to cut off friends as they’ve noticed the change in her; the repeated refusals to go out for lunch and the fact she doesn’t answer their calls. They may mention to her shes changed since meeting him and he seems possessive. She may have told him these things and he will say they are jealous and they will never understand what they have as no one would love them the way he loves her. Her family have also noticed and visits are dwindling. Her mother will be concerned as her usual vibrant unique and delightfully outspoken daughter seems unusually subdued and has taken to tripping over a lot.

He suggests they move into together and she does believing if he’s with her all the time he will see she’s not cheating on him and he will feel more secure. The violence will escalate then as she’s in his house, no matter who’s name is on the tenancy and she is his. She has no other options shes been told.

Once in this situation its hard to get out of. Threats of violence towards family and friends will have been made and that reiterated often visited remark of your lucky to have me as no one else would want you, who else could love you?,  will have done a lot of damage by now.

Where to turn? Shes already changed her clothing style to suit his wants. No more short skirts or tight clothing and no more make up as shes not a prostitute and doesn’t need unwanted male attention sh’es been told. Make up is only allowed if its foundation and light eye make up to conceal a bruise she ‘made’ him give her. Checking her phone and monitoring her emails, shes trapped and has no idea what to do. It’s now become routine slightly comforting in its predictability and terrifying in its complacency.

The only thing to do is wait till he’s out and call the police. He will more then likely have locked her in.

Explaining the situation the police can be with her and have her out of there swiftly, booting the door down if necessary and taking her to the station to press charges. They will find you a refuge to stay in out of the area and escort you to a solicitors if need be. Most women choose to leave the home they by now think of as a prison and shun the idea of staying there even with an injunction for fear of the person returning and also for the fear that they may be talked into letting them in.

Now they can find themselves again; nurture the hurts and learn from the experience that no one will ever love them, the way they should love themselves.

Originally published as: Aspergers and Domestic Violence at The Autism Daily Newscast

Leave a Reply to dispensable
click here to cancel reply